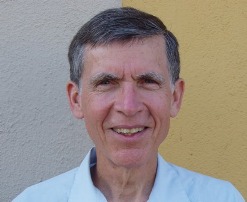 From 1981 – 1998, I practiced and taught internal medicine at the LA County + USC Medical Center.  While practicing, my research concerned the optimal use of morphine and other opioid pain medications for patients with cancer and AIDS.

Over a nine year period, I led a popular “Pain and Palliative Care Consultation Service” that improved the care of terminally ill cancer and AIDS patients at the LA County + USC Medical Center. Unfortunately for the financial bottom line of the hospital, better pain and symptom control of terminally ill patients led to more patients at home and fewer patients occupying Medicaid-funded hospital beds. The unintended consequence of Medicaid’s dysfunctional hospital-centric funding system was the closure of the Consultation Service in 1995.

I subsequently blew the whistle by writing 83 incident reports about patients receiving poor pain and symptom management (e.g). I wrote an op-ed piece in the LA Times about poor palliative care and widespread institutionalized inefficiencies due to dysfunctional Medicaid financial incentives rewarding a higher hospital census. Finally, I wrote to the federal Healthcare Financing Administration, copying 11 legislators, threatening a Qui Tam lawsuit (whistleblower’s lawsuit) because my hospital defrauded Medicaid out of $200 million per year. My intent was for legislators to reform the Medicaid financial incentives for filling hospital beds instead of for providing good preventive care and primary care to minimize hospitalization.

The hospital retaliated by “killing the messenger.” They fired me, and the California Medical Board revoked my medical license, both supposedly over a single clinical treatment decision. In a patient with alcoholism, liver failure, and a deep venous thrombosis (DVT, leg vein clot), I stopped anticoagulant medications because of the high risk of serious bleeding. Unfortunately, the patient later died of thromboses in his lungs (pulmonary embolus). However, this reasonable judgment call was not the real reason the Medical Board revoked my license. I challenged the institutionalized inefficiencies in my hospital and other charity hospitals spawned by Medicaid’s reimbursement system. This dysfunctional payment system continues today.

In researching the scientific evidence regarding anticoagulant drug treatment of venous thromboembolism (VTE: deep venous thrombosis and pulmonary embolus), I unexpectedly discovered that blood thinners do not save lives but actually increase the risk of death and permanent disability. Drug company money and clout has so far kept my multiple articles from entering the public discourse. The articles were published in peer-reviewed medical journals and challenged the efficacy and safety of anticoagulants for VTE .

Since my whistleblowing removed me from the clinical practice of internal medicine in 1998, I have researched and written about medical tests and treatments and about health care and economic policy reform.

In-between writing books, I have studied the nutritional and lifestyle statistical database of the Diabetes Control and Complications Trial and databases from the World Health Organization and the Food and Agriculture Organization. This has led to an interactive Health Enhancement App. This app allows you to input your dietary intake, your exercise level, your use of tobacco, and current body mass index (BMI) to receive predictions of your future BMI and risks of cardiovascular disease and type 2 diabetes. Cronometer, a nutrition app, also uses my statistical method of predicting future BMI.

My study of medicine and experiences over 30 years with patient care has affected my own lifestyle practices. I eat a vegan diet, bike about 25 miles per week, and meditate for 30 minutes daily. To reduce my carbon footprint to below the world average carbon footprint, I

Much of the motivation for researching and writing Grand Bargains came from being the grandfather of Ruby Drew Thompson and Olivia Nellie Freemon.